What Is Rip Current M&P

Rip Currents are powerful, channeled currents of water flowing away from shore. They typically extend from the shoreline, through the surf zone, and past the line of breaking waves. Rip currents can be generated by various mechanisms on any beaches with breaking waves, including beaches on open oceans and in the Great Lakes and in a Bay.

As waves travel from deep to shallow water, they eventually break near the shoreline. As waves break, they generate currents that flow in both the offshore (away from the coast) and the alongshore directions. This offshore or seaward flow of water can be as fast as a rip at speed of 2 m/sec.

The most likely scenario for rip hazards is not high surf but high exposure of beachgoers in the warm water of the summer-fall period. When low-energy, longer-period waves (significant wave heights of 0.5 -1.5 meters in 10-15 second sequences) lead to the highest number of rip incidents. During spring/neap tides or very low daily tidal cycles, a mass rescue event can occur, with hundreds of rescues in several locations on a beach, or at several beaches under the same conditions. 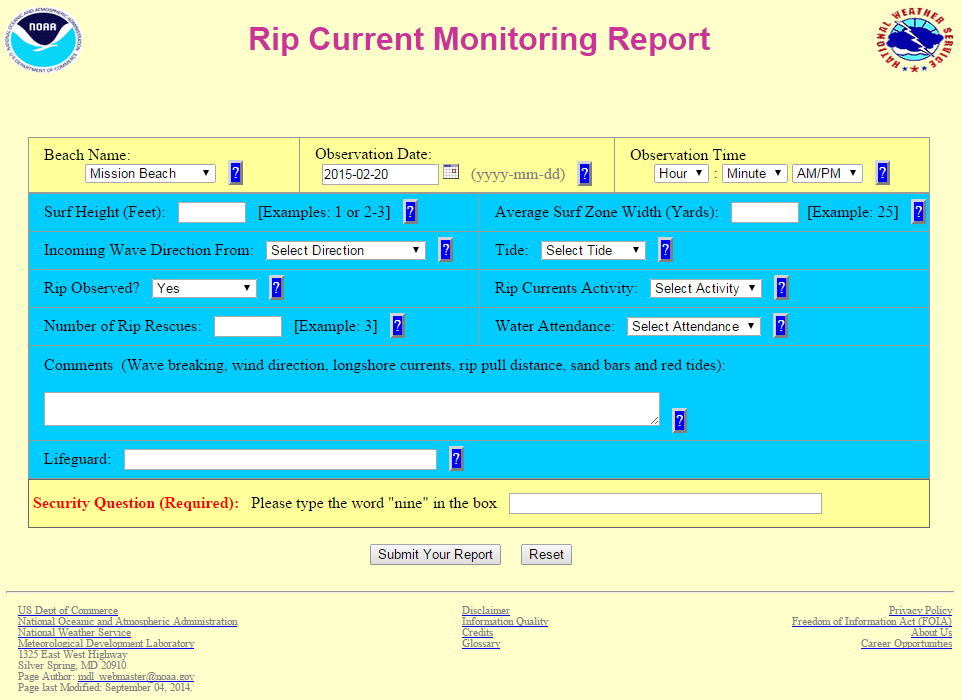