The Probabilistic storm Surge (P-Surge) model (Taylor and Glahn) is a probabilistic approach to storm surge modeling that accounts for the uncertainty in the wind forecast.  P-Surge uses the National Hurricane Center's (NHC) official forecast along with historic 5-year average errors in its track, size and intensity to derive an ensemble of inputs for the parametric wind model used within SLOSH.  Each input represents a specific portions of the error space defined by the 5-year average error, allowing each storm surge output from SLOSH to have a well defined statistical weight.  P-Surge combines the resulting storm surge output and weights into probabilistic products.  P-Surge is consistent with NHC's message and utilizes the best available parametric information as NHC's official forecast has historically outperformed other guidance.

The National Weather Service's (NWS) Meteorological Development Lab (MDL), in furtherance of its mission to help protect life and property, developed the Probabilistic storm Surge (P-Surge) model between 2003 and 2008 to provide storm surge inundation guidance for tropical cyclones which takes into account the uncertainty in the forecast.

P-Surge utilizes a parametric wind model which uses the National Hurricane Center’s (NHC) official forecast along with historic errors in its track, size, and intensity.  This allows P-Surge to be consistent with NHC’s message and utilize the best available parametric information as NHC’s official forecast has historically outperformed other guidance.

The P-Surge model is an ensemble of SLOSH model runs, that provides real-time probabilistic predictions based on the current National Hurricane Center (NHC)  hurricane forecast.  Each ensemble member’s input is derived from the current NHC hurricane forecast along with the associated 5 year average along track, cross track and intensity errors.  Additionally P-Surge utilizes error distributions based on the derived size of the storm.  P-Surge then computes the possible storm surge from each of these and combines them together to get a better idea of the probable storm surge within the next 102 hours.

NHC determines the 5 year error statistics by considering the following: 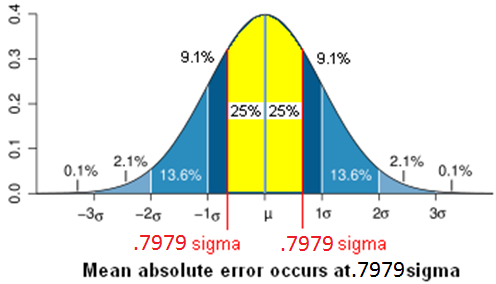 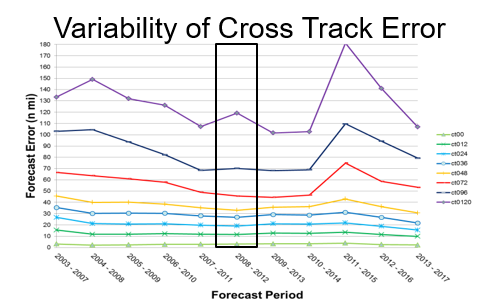