Wind: It relies on a set of "driving" forces to represent the surface of wind stress and a pressure gradient body force.  These driving forces are attained by providing a wind model (Jelesnianski and Taylor, 1973) with the storm's location, central pressure, size, and forward speed.  Thus SLOSH is considered a "diagnostic" model, as it doesn't forecast a storm's evolution, but rather diagnoses how the water reacts.

Basin: SLOSH's grid mesh is based on a locally orthogonal polar, elliptical or hyperbolic Arakawa-B grid with momentum points on the corners and water heights at the center.  This allows for higher resolution in areas of interest and enables larger time-steps to satisfy the differential equation's CFL stability condition.  Barriers (e.g. roads and levees) are simulated by adjusting the momentum points.  Sub-grid scale features (e.g. channels, barriers and flow of surge up rivers) are modeled via simple hydraulic procedures.  Inundation is permitted by simply turning grid cells on and off as waters inundate or recede. 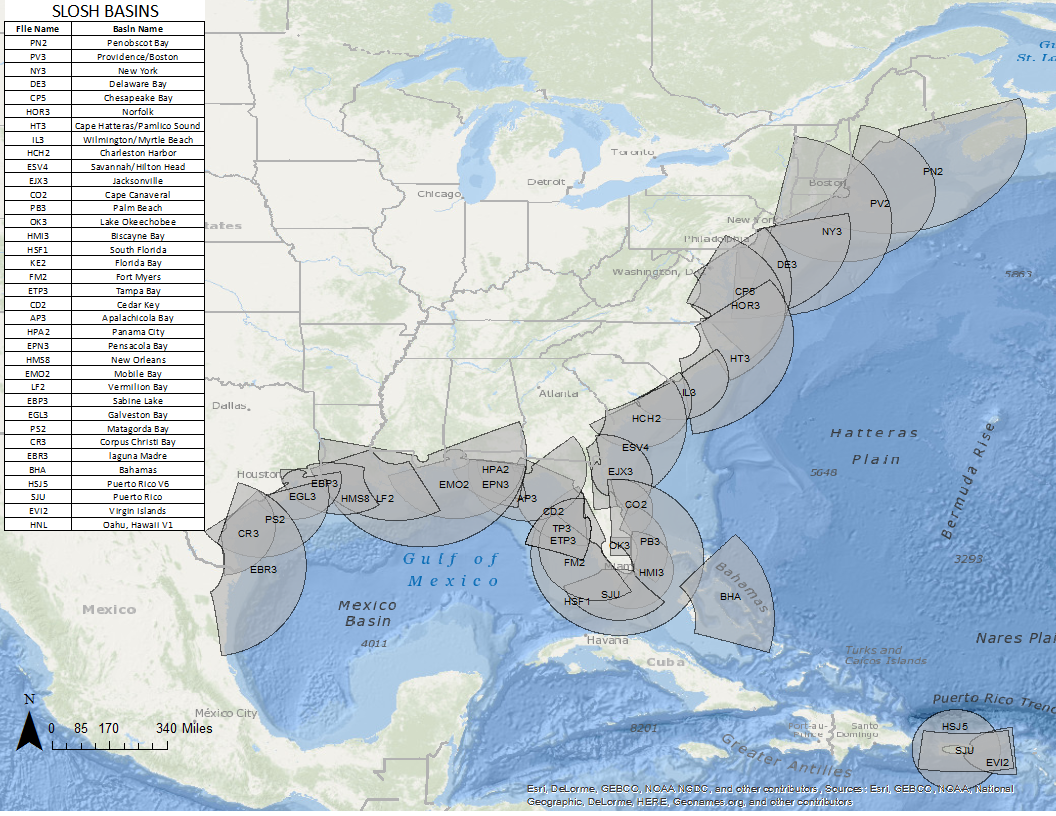 River / Rain: River flow upstream could be incorporated as a boundary condition and rain as a "source", if amenable to quantification with a forecasted storm
Time-history bottom stress corrected for finite amplitude effects...