The QPE – Radar w/ Gauge Bias Correction applies a bias correction to the QPE – Radar Only product. Additionally, it incorporates the Gauge Quality Control algorithm before the accumulations are completed.

The goal of the QPE – Radar w/ Gauge Bias Correction product is to improve upon the QPE – Radar Only product by using surface-based observations (i.e. rain gauges) to bias correct the QPEs. The gauges pass through the Gauge Quality Control to rid of any gauges that may cause erroneous estimates due to factors such as frozen precipitation, untimeliness of reporting, and anomalously high/low values. At each remaining gauge, the difference between the co-located radar QPE and the gauge observation is found. This error is interpolated to surrounding radar estimates within a radius of influence.

The bias correction takes into account density of the gauge network, as well as distance from the gauge, in order to properly weight the radar estimate and the gauge observations at each grid point. Cross validation is then completed in order to make sure the interpolation is reasonable; if it is not, the process will throw out unreasonable gauges. The final bias grid is then subtracted from the original radar-estimated QPE field. The bias correction is only conducted on the one-hour radar accumulation estimate, since all the other accumulations are aggregates of the one-hour field.

As explained in Zhang et al. (2011), the methodology is as follows: 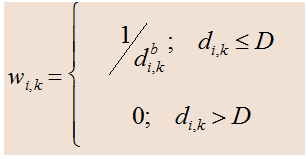 eia is the estimated radar error at each ith pixel being interpolated.

wi,k is the weight assigned to the kth rain gauge and each ith pixel.

ek is the error at the kth rain gauge.

N is the number of matching gauge-radar pixel pairs.

di,kb is the distance between the gauge and pixel, b is a unitless exponent, and D is the radius of influence for each rain gauge (between 10 km and 260 km).

α is a multiplier based on the gauge density.

4. Certain parameters related to the weight (w) are determined for each analysis (i.e. every hour) to minimize the interpolation error of the radar-gauge bias. To do this, a cross-validation is completed that finds the minimized mean-squared error (MSE) of the radar-gauge difference.

5. Some gauges will inherently have anomalously high/low values that will affect the surrounding points during the interpolation.

6. Once the bias is interpolated at every grid cell (ei), it is subtracted from the one-hour QPE – Radar Only product to create the final product.

The QPE – Radar w/ Gauge Bias Correction leverages the spatial coverage of radar data, adjusted with direct rainfall observations. Figure 1 shows 24-hour QPE accumulations over the West Gulf River Forecast Center (RFC) ending at 00Z on December 22, 2013. The left column represents the plots prior to the gauge bias correction, while the right column is after. The statistical analyses in (e) and (f) show that the bias correction reduced the root mean square error (RMSE) from 0.485 to 0.426 in. and increased the correlation coefficient from 0.637 to 0.707.

Additionally, this Q3 product improves upon the current bias-corrected rainfall in AWIPS, Bias HPE. Bias HPE uses a single-radar mean-field bias for each radar, and there is an option to use a RFC-provided bias map. However, the QPE - Radar w/ Gauge Bias Correction product computes different biases at every grid point using the distance interpolation scheme (preferred method).

Given the limitations of rain gauge measurements (e.g. calibration), radar-estimated QPE (e.g. Z-R relationships), and the Gauge QC algorithm, errors can still arise in the final product. For instance, Figure 2 shows a comparison between the radar-only and local gauge bias-corrected products during the same period as Figure 1. It is noticeable that the corrected product creates “splotches” due to the interpolation.

Significant biases are present with certain hydrometeorological events that need to be addressed in future studies. Complex terrain and sparse rain gauge densities impact the QPE – Radar w/ Gauge Bias Correction estimates in the Western U.S.; thus, one should reference the QPE – Mountain Mapper product for QPE in this region.

Used as an input to hydrological models for river flow forecasts, as well as for validation of satellite QPE products. May be used by NWS WFOs in flood warning decision making. 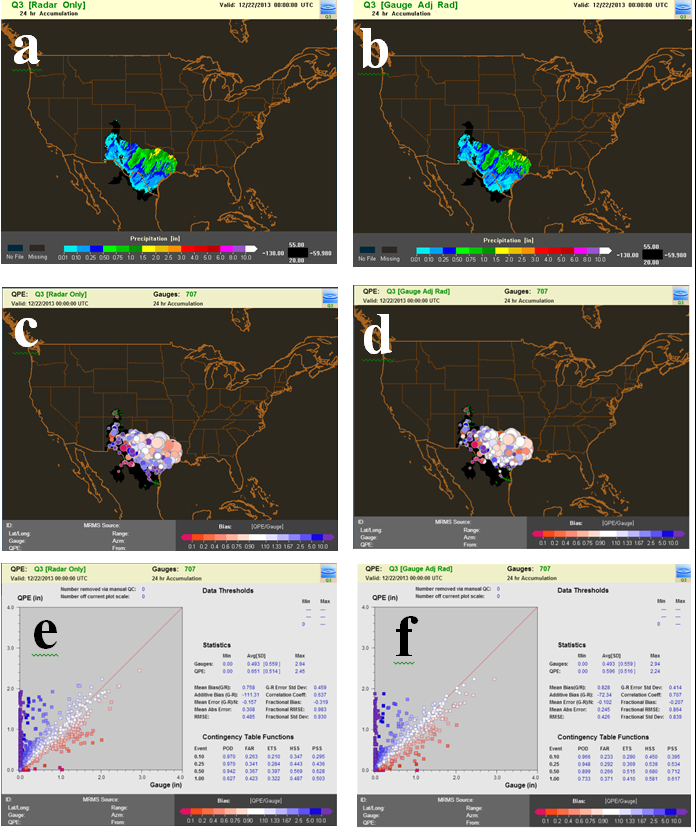 Figure 1. 24-hr QPE accumulation fields ending at 00Z on December 22, 2013 in the West Gulf RFC (a) before and (b) after gauge bias-correction. Bubble charts (c) and (d) show the bias ratios between the QPE - Radar Only and the gauge observations, where the size of the circles represents the gauge amount and the color shows the bias. Scatter plots (e) and (f) show the distributions of the QPE - Radar Only versus the gauge observations, with the skill scores (esp. RMSE and correlation coefficient) on the right of each plot. 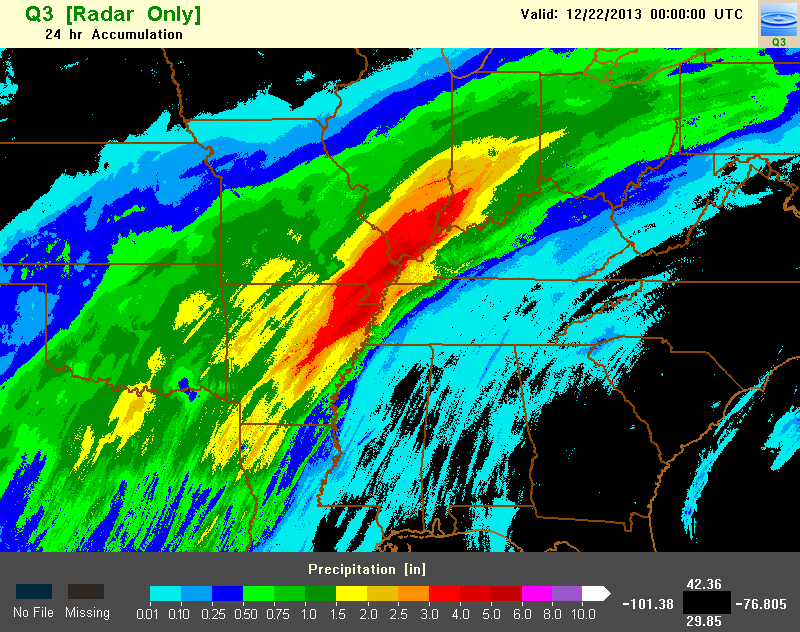 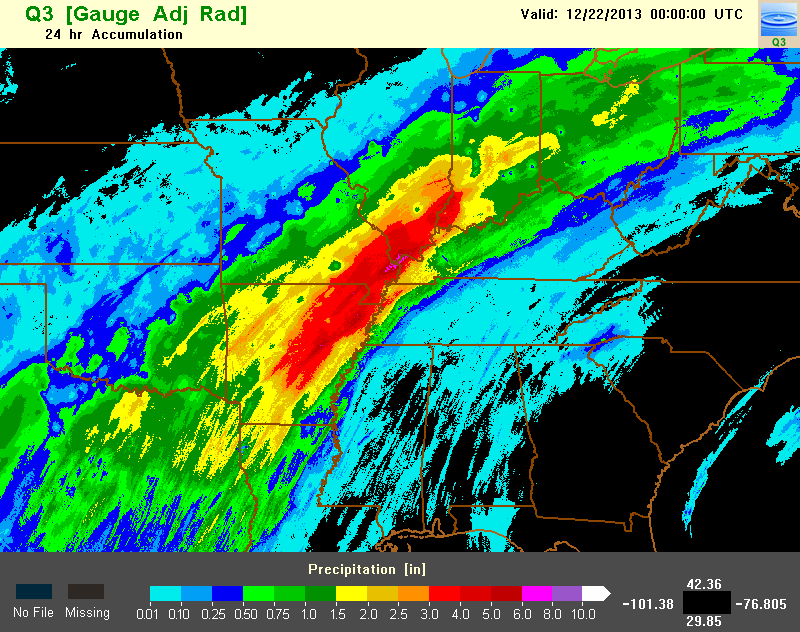